Photo Dispatch.Pic Shows Wrestlers during thie bout at the EVE event at the Resistance Gallery in Bethnal Green.Photo Dispatch.. Eve was originally developed in 2010 by married couple Dann and Emily Read due to their desire to showcase women's professional wrestling.[1][2] They also wanted to provide positive female role models for their daughter.[1][3] Emily describes the promotion as a "feminist, grassroots promotion," as well as punk.[1] In 2012, Pro-Wrestling: EVE was included in Vice magazine's documentary The British Wrestler,[4] as well as a feature in Fabulous magazine.[5]
In 2017, both women's wrestling and British professional wrestling in general enjoyed a growth in popularity internationally.[1] The promotion broadcasts shows on internet pay-per-view (iPPV).[6] 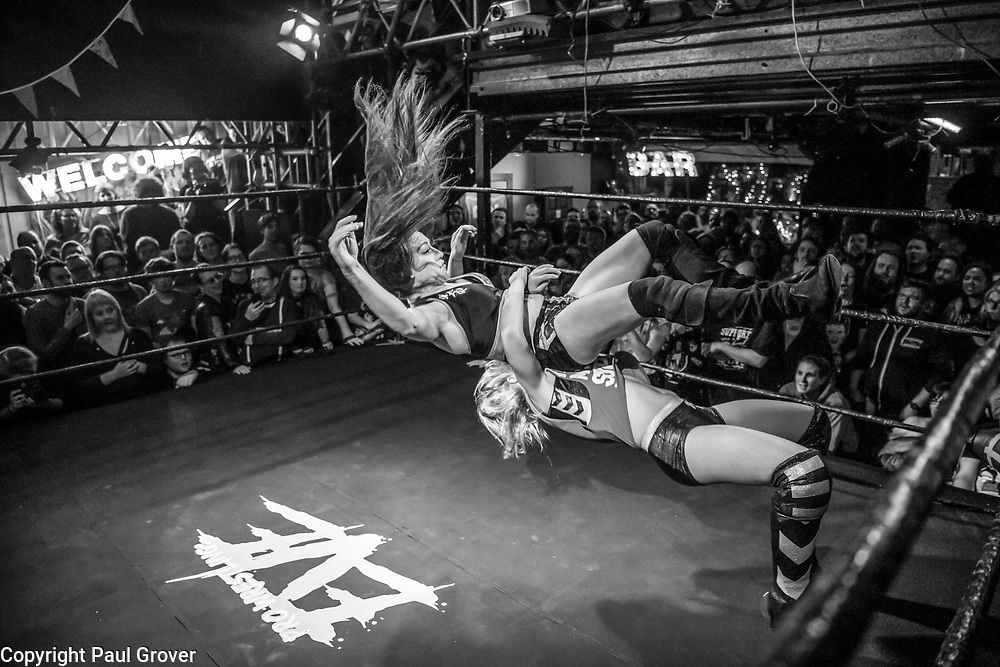