Phot Dispatch. Pic Shows Women Wrestlers performing at the EVE event at the Resistance Gallery in Bethnal Green.Pic Shows Photo Despatch. Pic Shows Wrestler Yasmin Lander aka Charlie Morgan having her hair braided by fellow wrestlers by phone light who by day is a Prison Officer.Wrestler Charlie Morgan, 25, has been wrestling since 2011 and is openly gay. Having recently made a huge impact in her promotion Pro-Wrestling EVE, she feels that it’s important to remain open and frank about her sexuality in her work, in order to inspire other people. 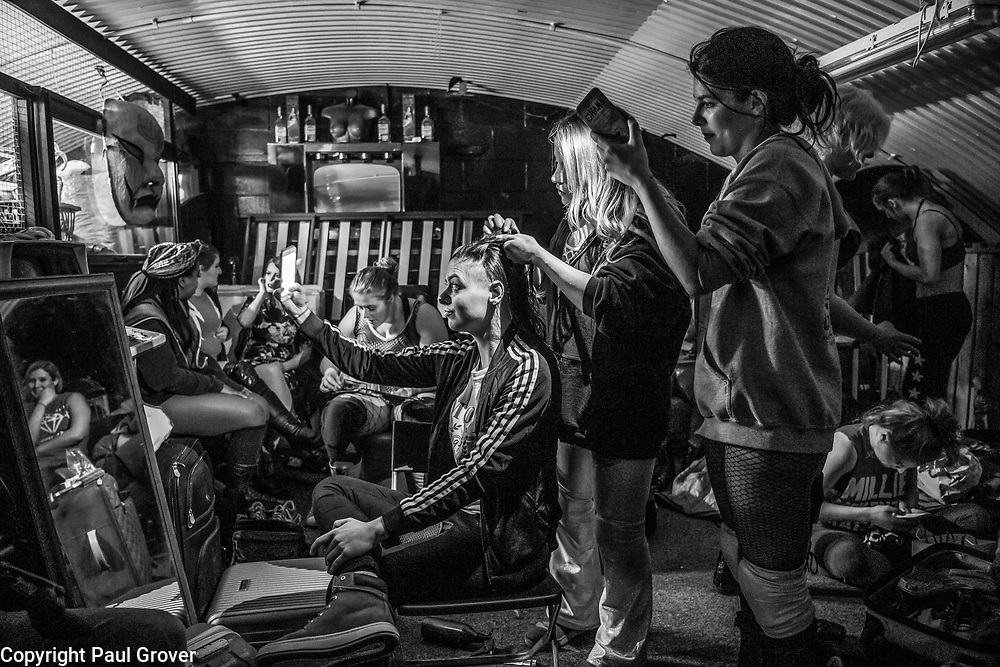