Photo Dispatch. Pic Shows Charlie Morgan (on the wall ) Women Wrestlers performing at the EVE event at the Resistance Gallery in Bethnal Green.Pro-Wrestling: Eve was originally developed in 2010 by married couple Dann and Emily Read due to their desire to showcase women's professional wrestling.[1][2] They also wanted to provide positive female role models for their daughter.[1][3] Emily describes the promotion as a "feminist, grassroots promotion," as well as punk.[1] In 2012, Pro-Wrestling: EVE was included in Vice magazine's documentary The British Wrestler,[4] as well as a feature in Fabulous magazine.[5]
In 2017, both women's wrestling and British professional wrestling in general enjoyed a growth in popularity internationally.[1] The promotion broadcasts shows on internet pay-per-view (iPPV).[6] 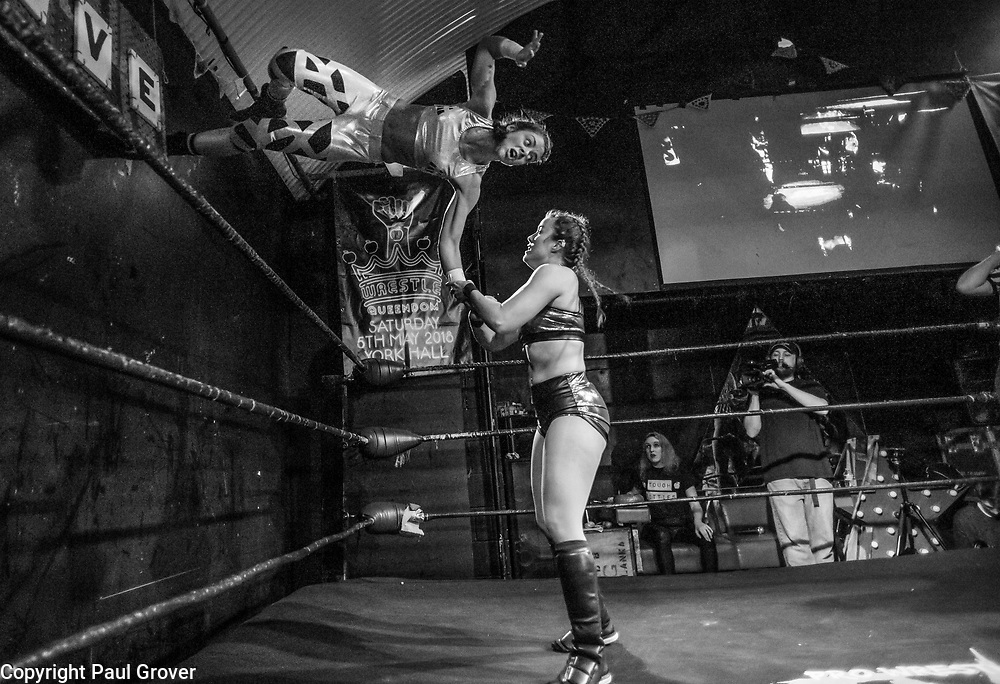